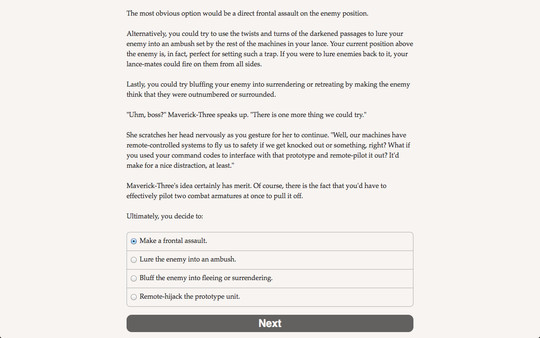 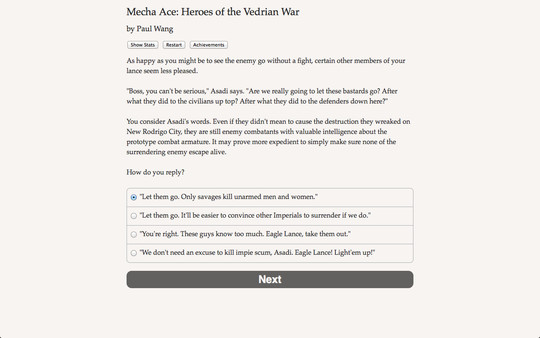 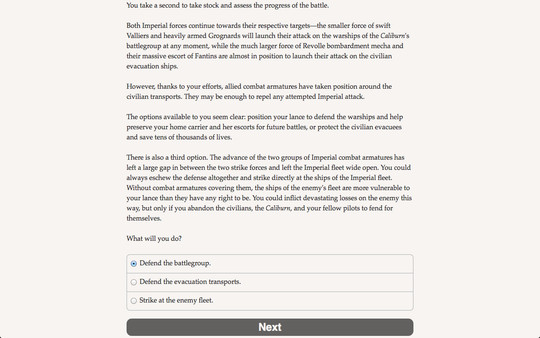 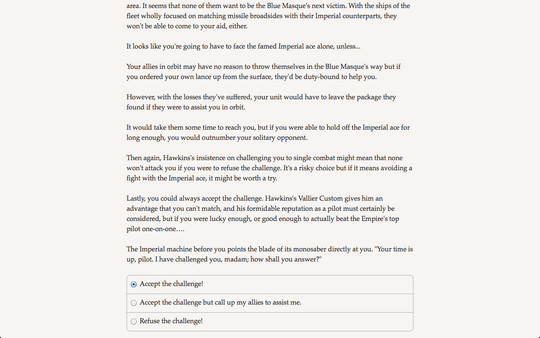 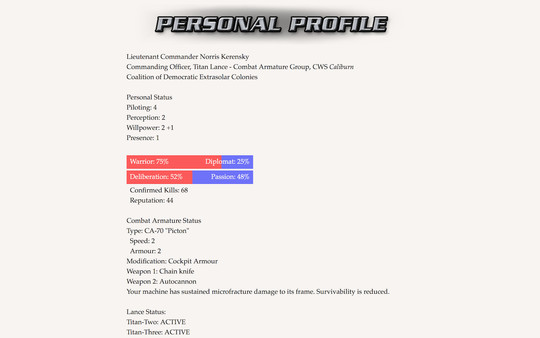 About the game
Step into the cockpit of a giant robot in an interstellar civil war! Customize your mecha to duel against enemy pilots with "monosaber" plasma swords. Find glory, disgrace, and even love.

"Mecha Ace" is a thrilling interactive sci-fi novel by Paul Wang, where your choices control the story. The game is entirely text-based--without graphics or sound effects--and fueled by the vast, unstoppable power of your imagination.

Who will you be, pilot? Hero, villain, or renegade? Will you lead a unit of elite pilots to victory? Defeat your enemies with skill, cunning, determination, or heavy firepower? Fight for glory, for power, or for an enduring peace?