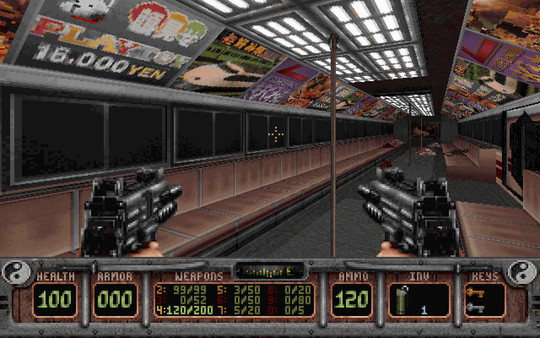 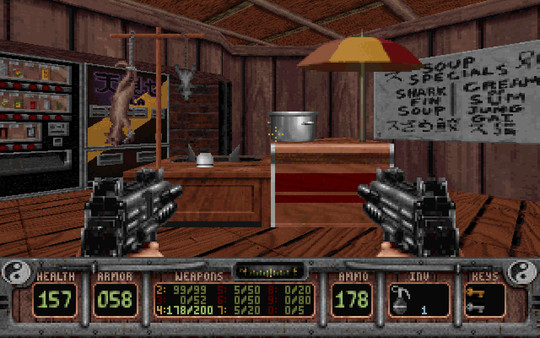 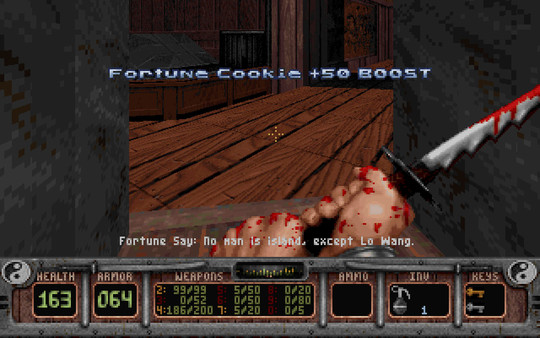 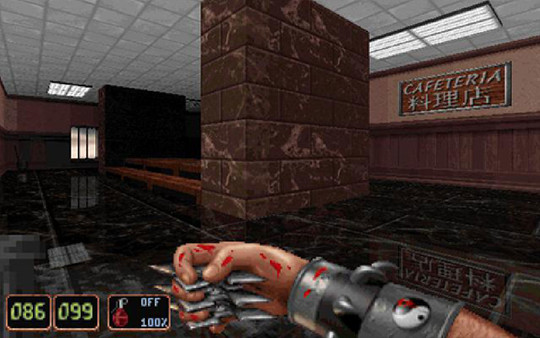 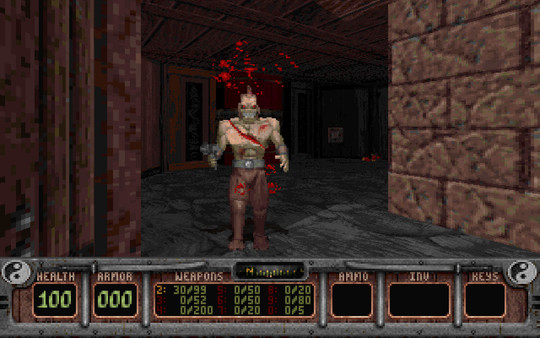 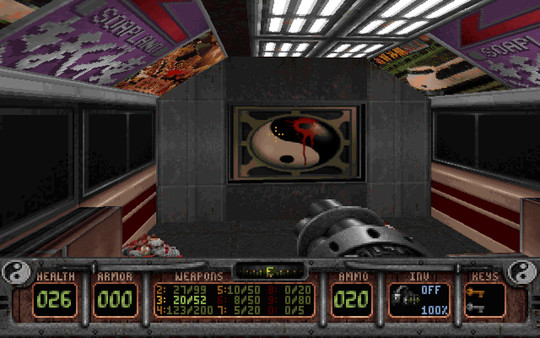 About the game
Lo Wang worked for Zilla Enterprises, a conglomerate with control in every major industry. Too much control. Power corrupts, and Master Zilla's corporation was corrupted to the core.

Lo Wang discovered Master Zilla's demonic scheme to rule Japan, using creatures summoned from the dark side. A man of honor, Lo Wang quit. But one as powerful as Wang either must be on your side, or on no one's side. Master Zilla unleashes his creations for their first test: to kill a single man, a shadow warrior... Lo Wang!


An Assassin's Dream: True room-over-room situations, where you can have beams running over a room and be above, below, or stand on the beam.

Kill Each Other, Together: 8-player network and 2-player modem supported, featuring deathmatch and co-operative play.

Nothing is Safe: Intense interaction with your environment in which you can blow up nearly every object, or interact with it in some way.

Destruction Derby: Use vehicles to smash down game walls or destroy a section of a map.