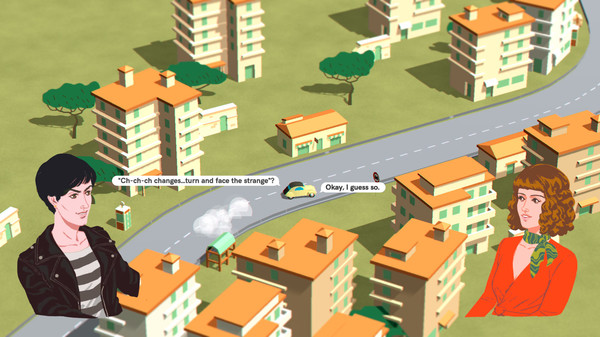 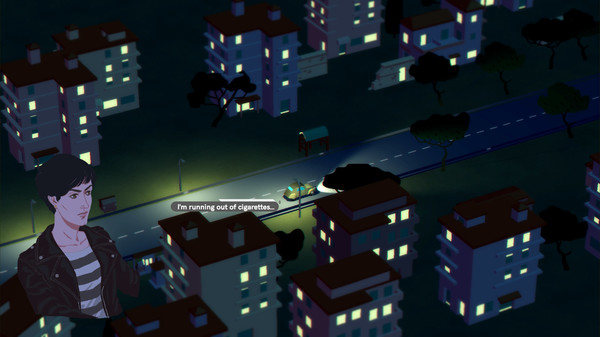 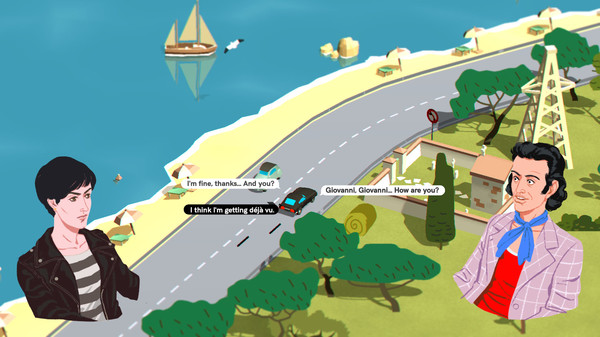 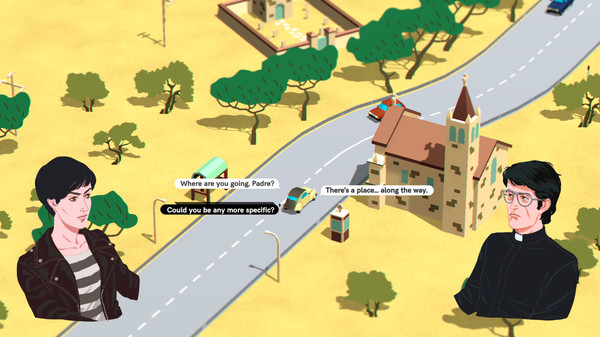 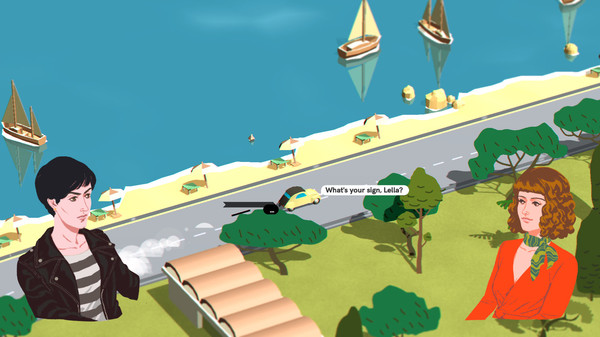 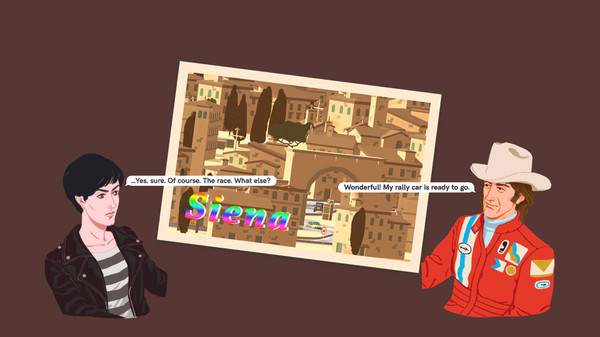 About the game
A narrative road trip game set in the roaring Italian 70s, it tells the story of Lella, a restless woman driving on the roads of the western coast of Italy, the famous “Via Aurelia”.

This is an interactive fiction game in the shape of an isometric racer and with a focus on replayability: every playthrough lasts about fifteen minutes and there are sixteen different endings to discover.

The 1970s in Italy were a time of terrorism, kidnappings, and political turmoil. Based on your choices and the places you'll decide to visit you may end up in car chases, illegal street races, or in tense debates with a catholic priest, and more from a cast of characters that you have never met before in a video game.