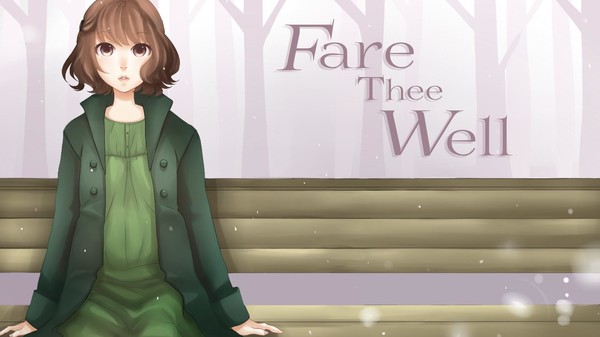 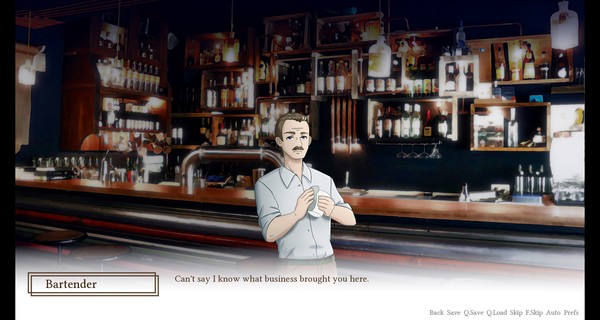 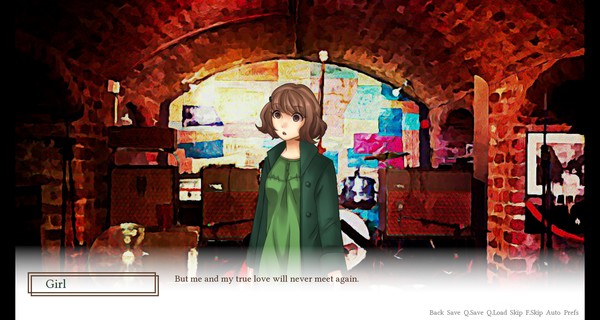 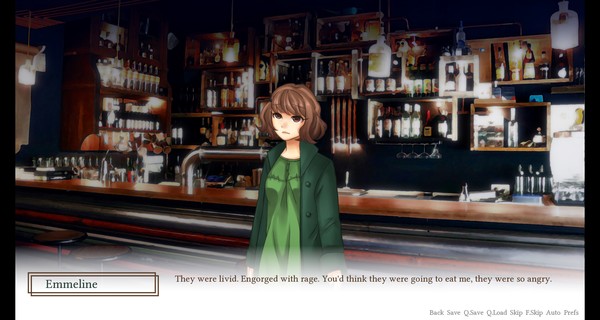 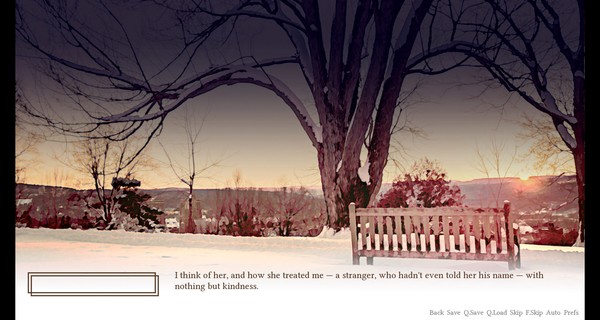 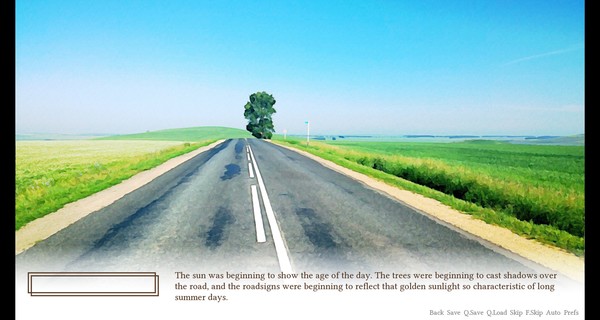 About the game
This short, kinetic visual novel inspired by traditional folk music was originally created within the course of 2 weeks for the NaNoRenO 2016 visual novel development festival. It is a character-driven story focusing on the theme of the beauty and tragedy of the passage of time.

In the winter of 1967, a young man enters out of the snowy night into a bar in the sleepy town of Cedar on the northern frontier of Maine. He takes off his gloves and rubs his hands together. He slips out a golden pocket watch from inside his coat, checks the time, and gently places it back. Closing his tired eyes, he stops to think.

He is a wanderer cursed with eternal youth, sent out by fate forever to roam the world, never to find a home.

The bartender approaches him when he takes a seat and he pays for a drink so he can stay. The liquid in the glass shines slick like oil under the dim lights of the bar. Warmth fills the wanderer as he downs it in one gulp. After that he sits awhile to rest but knows he can't stay. Just as he gets up to leave, he notices something happening in the corner of the room.

A girl in a green dress is about to sing.