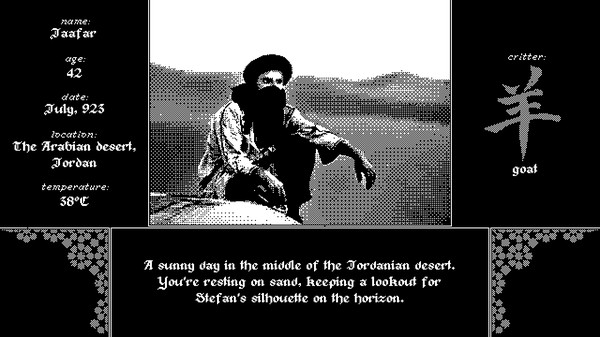 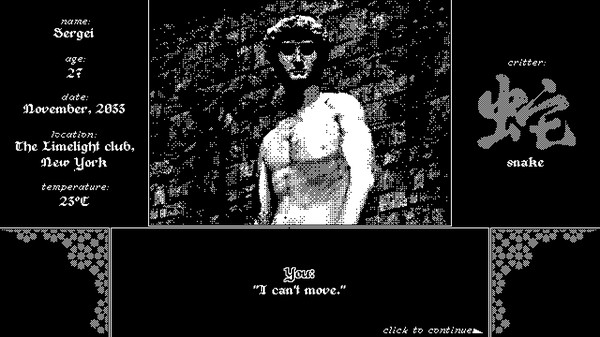 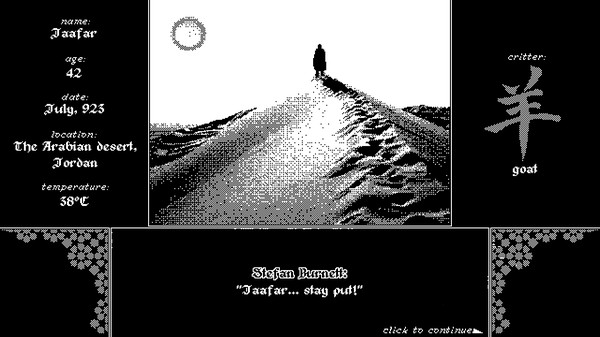 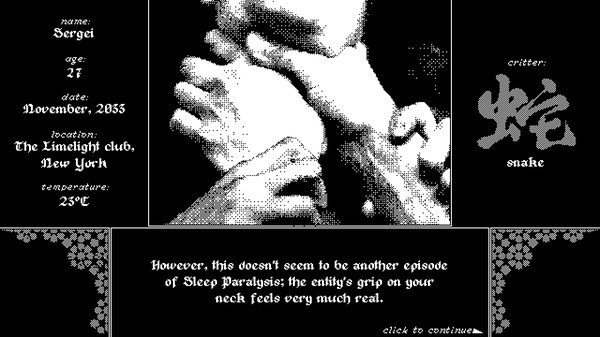 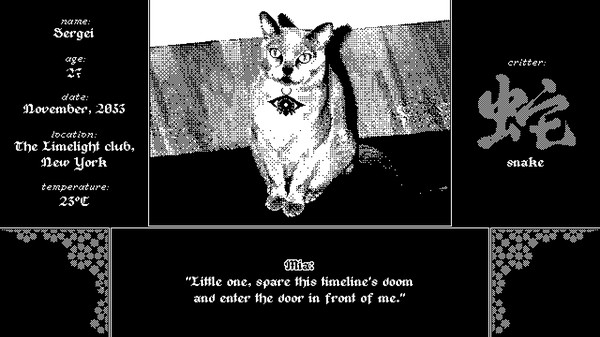 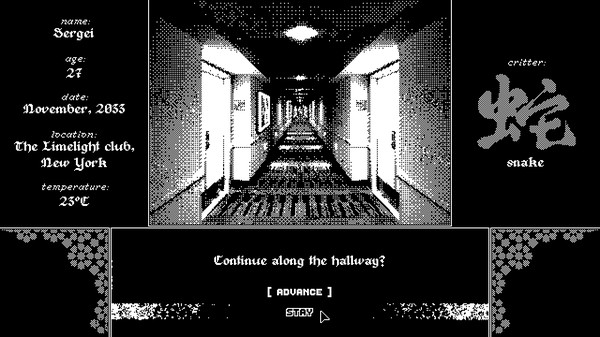 About the game
Critters for Sale comprises 5 short stories: Snake, Goat, Monkey, Dragon, and Spider. All of which occur in different eras and locations, touching on themes like time travel, black magic, and immortality.


A hybrid between Visual Novel and Point And Click, the game puts you in the shoes of characters that marked the unseen history of the world as we know it.


The story unfolds in five episodes, taking you on surreal experiences influenced by Middle Eastern and North African folktales.


The choices and actions you make throughout the game influence the outcome of each episode, ultimately leading to your death or survival.
Videos
Video 1