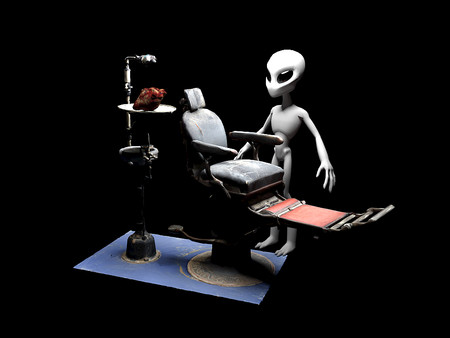 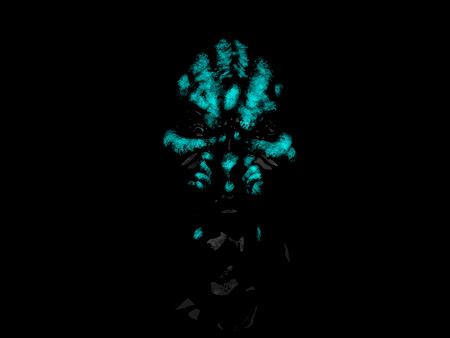 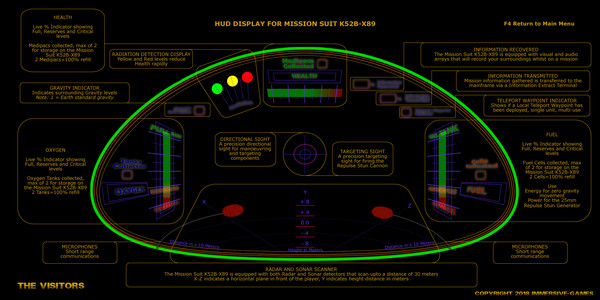 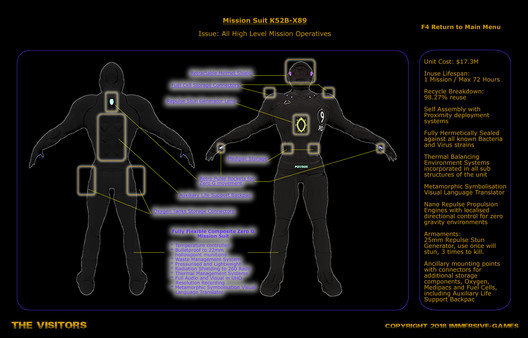 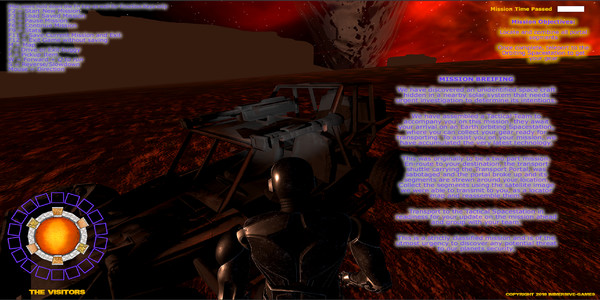 About the game
The Visitors...........
An unidentified spacecraft has been discovered in a nearby solar system... as our most experienced Agent, you are tasked to explore the craft and determine its purpose, then report back to the command center.

Late news, an outside force has sabotaged the transport that was carrying your Portal Stone, you must find all of the components and quickly, so you can rondevu with the task force that has been assembled, to go with you on this mission.

You are to record all Points Of Interest, that have been marked on a schematic of the ship, created by a previous force. It is almost complete, except the command module, you must find a way to get in there.

Previous reports state, they encountered resistance from numerous alien species within the habitat rings of the craft, caution and stealth is advised

We as a species are relying on your commitment to this task, may your god go with you..