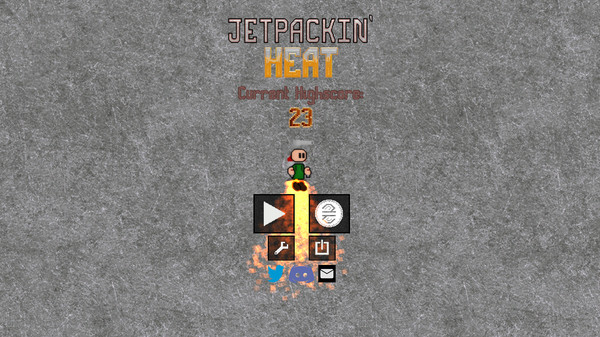 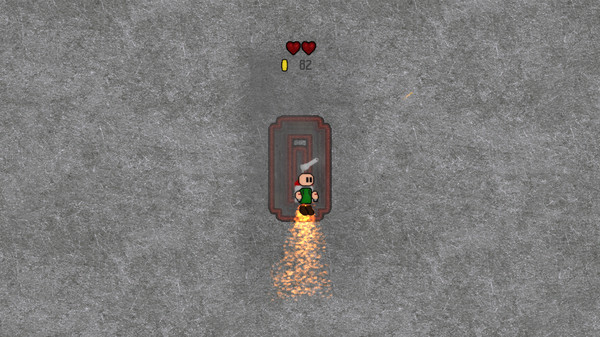 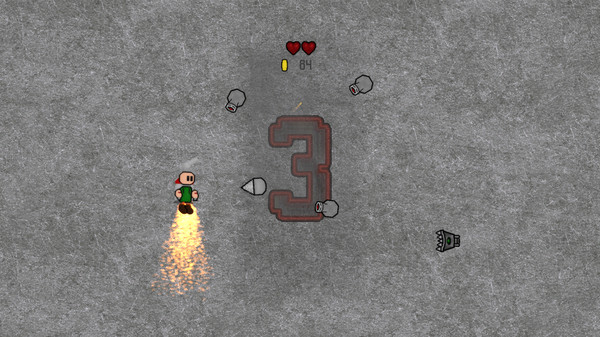 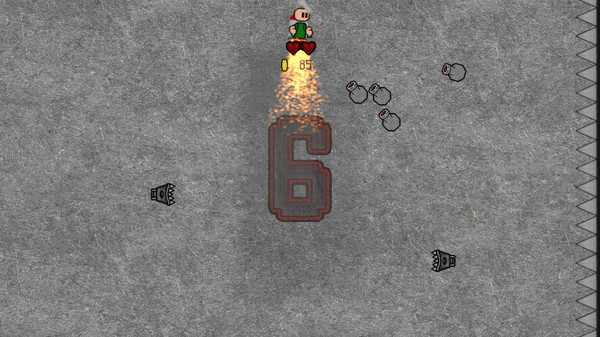 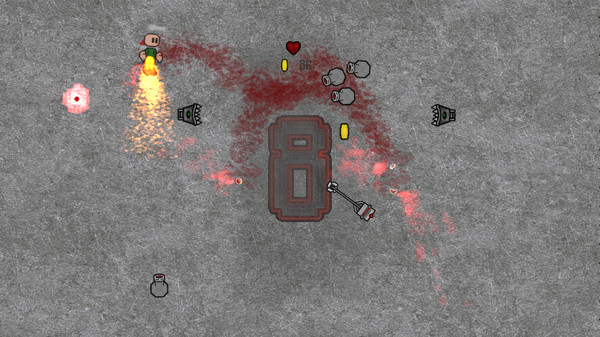 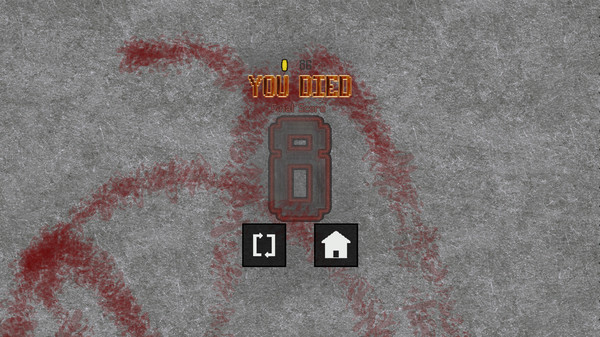 About the game
Robots from CompanyCorp Industries Inc. all over the galaxy have begun to go rogue, and they've invaded your city. You're the only schmuck who can afford a jetpack, are you up to the task to save your disgusting pile of a city?

Jetpackin' Heat++ is a remake/sequel of the original Jetpackin' Heat (available on Google Play), where the game expands upon the original concept of an omnidirectional arcade shooter, grabs it by the balls, and injects it with unique wave-based roguelite mechanics, letting you upgrade your character, buy loads of insane weapons, and maybe even snort some "special powders" for random boosts! The world you're in full of cartoonish depravity, so whatever sick stuff you want to do is possibly in here!

You play as Jimmi Generique, your not-so-average citizen of Deluria City, a city that inhabits the strangest, most filthy and disgusting people of the galaxy, filled with freaks and weirdos around every corner. After the massive data corruption in the CompanyCorp production plants all over the galaxy, their leagues of once helpful robots have begun to wreak terror upon the world. Undeterred by the trashiness of your city, they come after your hometown and make things slightly worse than usual!
Are you just gonna stand there and do nothing about it?
Well, I mean, realistically you could, but your lifespan's gonna be shorter than usual. So let's go do something about it!
You're the only guy who can afford to buy a jetpack and take down these menaces and save your city(kinda)!

Jetpackin' Heat++ lets you go insane with the combat, featuring loads of unique enemies, freakish bosses, a wide variety of weapons of all types, and wacked out upgrades and items that get between waves! Ever wanted to kill robots with a sour cream gun? Well, you can definitely do that here! Don't think it's just the robots getting hurt though, because the game includes a huge amount of different blood and gore mechanics, making sure that every hit you take is gonna pack a massive punch, and extreme death animations that'll make you question what the animator's been doing with his life!