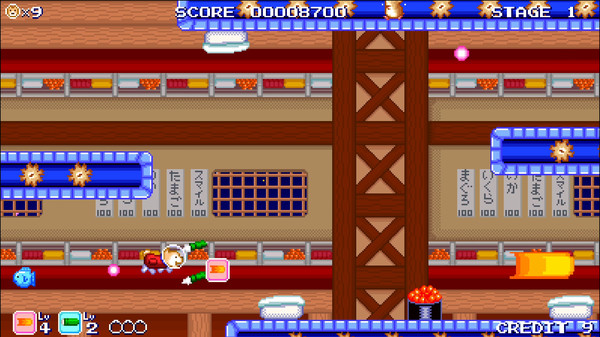 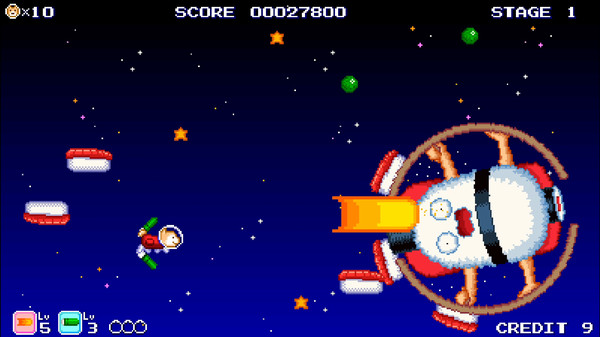 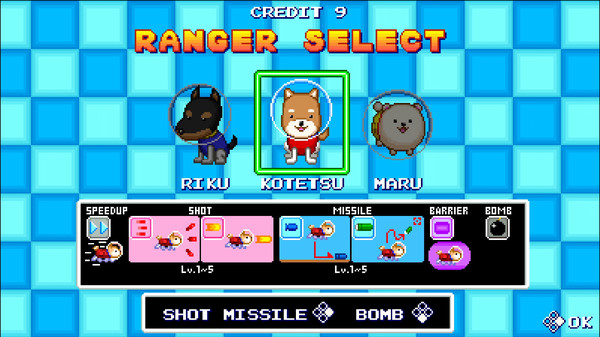 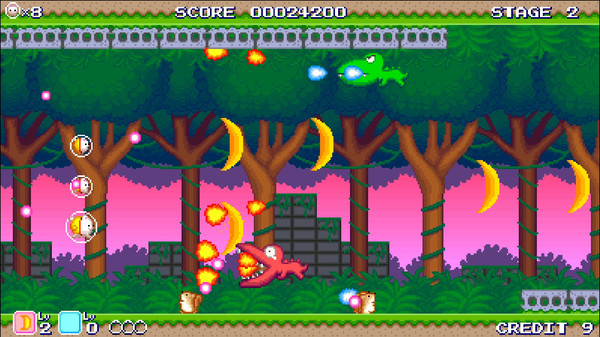 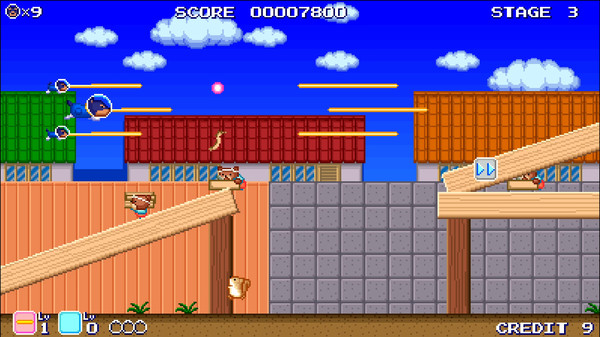 About the game
About this game:
"Rangerdog" is a cute retro-style side-scrolling shoot 'em up. Choose one of the three ranger dogs and defeat the boss waiting at the end of 7 different stages.

Features:
・Attack with both a main shot or missile that can be selected from two types. Use bombs to clear the screen in a pinch.
・Get different powerups by shooting them to change their effect. Stock up to three bombs.
・Choose from 3 different equipment sets. Challenge each stage by taking advantage of the features of each power-up. Each ranger dog as their own different equipment.
・Unique stages and bosses, each with their own unique gimmicks. Boss rush stage included.
・Nostalgic and cute pixel art graphics and fun music.
・Three difficulty modes: Easy, Normal, and Hard. Customize your difficulty by choosing how many lives you start with. An accessible shooter for both beginner and advanced players.