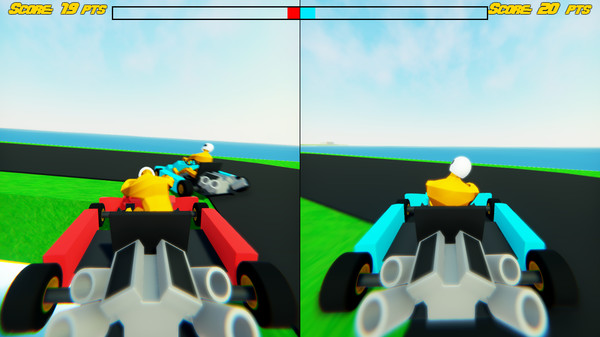 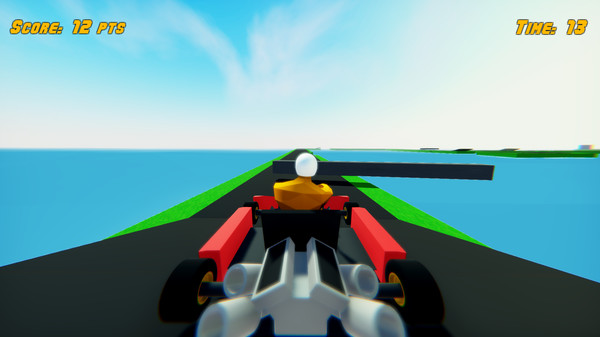 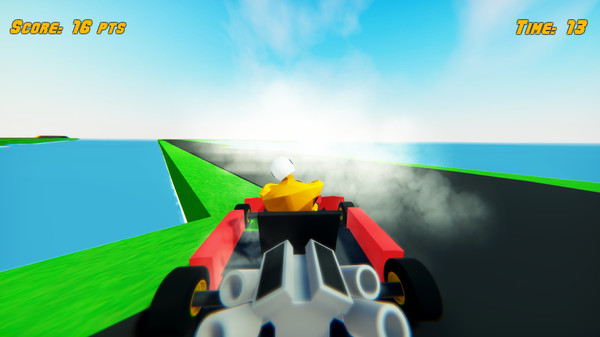 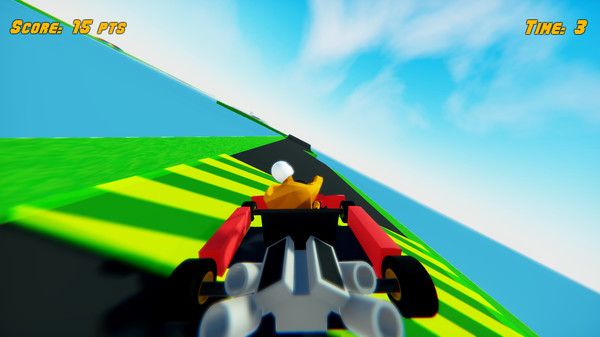 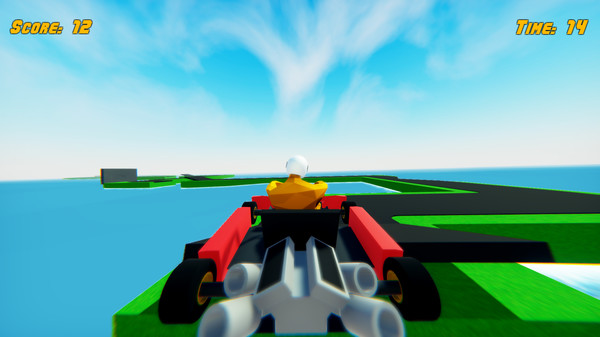 About the game
DollKart is a survival race against time. There is an infinite number of procedurally generated tracks to conquer both alone and with a friend in split screen.

Handling
The physics engine is roughly a simcade, mirroring real go karts but adding a lot more speed to them(because if you aren't almost dead, you're not having fun). The game is enjoyable without being a good driver, however, if you want to do good, you'll have to drive skillfully.

Single Player
In single player, your goal is to score as many points as possible by driving quickly through the tracks. Game's over when you fall off the track, your ragdoll character falls off the kart or when you run out of time(or all of these at once, if you're really bad).

Split Screen
In the split screen mode, your goal is to outrun one another on the same difficult tracks as before, dying or falling off the track means losing instantly.

Online
The Online multiplayer gives your kart the ability to jump and pits you against 3 more players in an arena with the sole goal to be the last survivor.

Soundtrack
We have a soundtrack of 8 songs ranging from relaxed synthwave to gritty metal for you to do your driving with, the songs are played in random order and can be skipped or muted in game.


Future Updates
The game will be supported in terms of bug fixes, minor updates etc.. More content updates are possible, but if they will happen depends on community enthusiasm and size. The game as it stands is stable and final, especially for the offline modes. The multiplayer may need some minor fixes and changes over time.


OKSoft
We are a group of 4 Turkish high schoolers who enjoy games and STEM. This is our first PC release. We've gathered together under the context of a school project to make this game come to life. OKSoft normally operates as a one-person team, but this project needed the expertise and help of more. Future games may be made by the founder alone or with external help as this project was made.


We hope from the bottom of our hearts that you will find enjoyment and hours of fun in DollKart. Feel free to contact us for any opinions, ideas etc. on the game.
Videos
Video 1