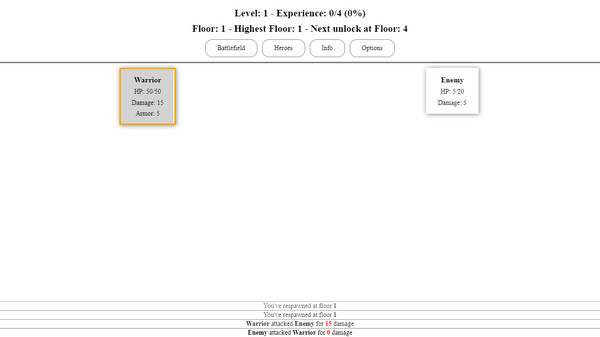 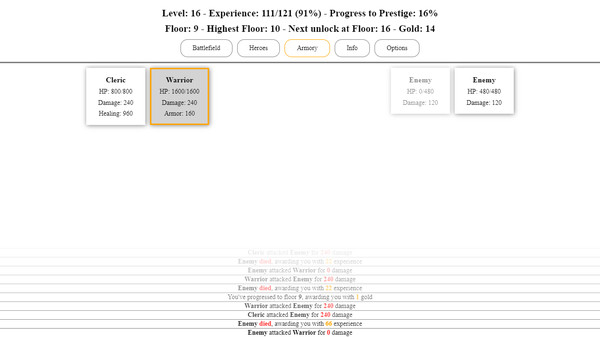 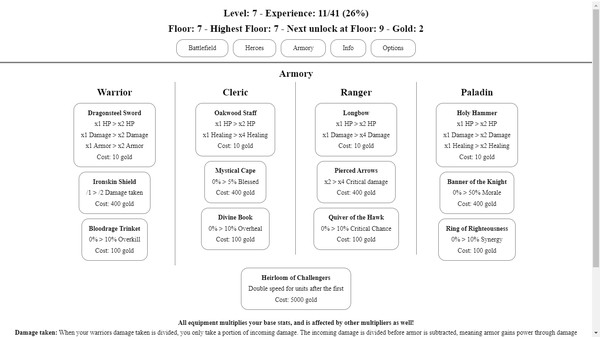 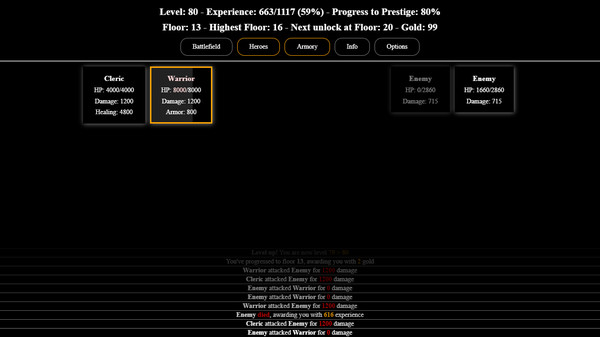 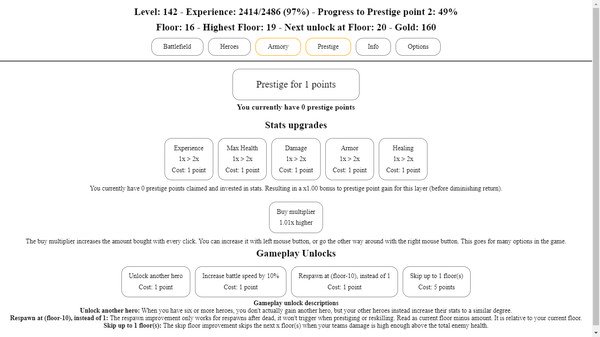 About the game
Lead your heroes in their neverending adventures!

Incremental Adventures is a minimalistic Idle game where combat is fully automated. It's up to you to make the most of that automation to reach extremely high numbers!

- Fully automated turn based combat with multiple classes
- Two prestige systems (both layered)
- Advanced customizable automation
- Extremely high numbers (double exponents are no exception)
- Fully simulated offline progress
- No repetitive "clicking" to progress
- Unfolding gameplay mechanics that require you to adjust your strategies as you progress
- Oh and it's completely free to play. While it does offer purchases to speed up aspects of the game and support the developer, the game is tested and balanced without any purchases. Major milestones never require real money to be achieved

After 1 million game-plays on Kongregate, and a year of continued development after release, now available on Steam!
Videos
Video 1